Few major cities have more green space within their boundaries than London. From Hampstead Heath to Hyde Park, Wanstead Flats to Hounslow Heath, locals are fortunate in having good quality open space near their doorstep.

Moreover, London’s inevitable urban sprawl is constrained by the wisdom of the Green Belt, formalised by enlightened planners in the 1950s. It’s under threat now, chipped away by developers who say this field or that won’t matter, and planning laws deliberately loosened since 2010, but all the more reason then to enjoy what we have when we have it. 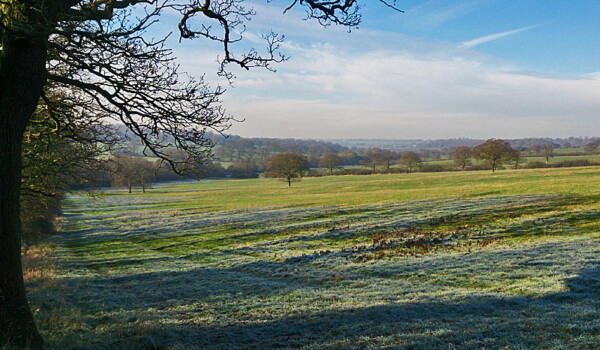 The London Loop – officially the London Outer Orbital Path – helps you do so. It spreads a girdle round the capital and is a succession of green spaces which afford the Londoner, or anyone else, room to breathe. Sure, there’s the odd housing estate too, but what’s wrong with a bit of a human geography lesson from time to time?

Round and round the basin 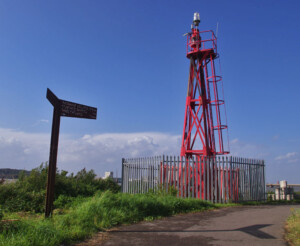 Coldharbour Point, the original finish of the London Loop

Although it forms a loop around London, it is not a circular path, as the ends don’t join. It is generally walked clockwise, and starts in the riverside south-east London suburb of Erith. From here you can see 150 miles – for across the river is the finish, Coldharbour Point on the Rainham Marshes. Centuries ago a ferry linked the two; these days we take a longer way round. (Note for non-Londoners: the river = Thames unless explicitly stated otherwise.)

Since I walked it, on a succession of work-free Fridays in the early 2000s, the finish point has moved a few miles further east, to the small Essex town of Purfleet; I returned in 2014 to finish the job.

Most will define the Loop in terms of human geography, and why not when the rationale is a great city. It roughly traces the political boundary of London, and Travelcard zone 6; it runs a few miles inside the M25; in the north, it links the outposts of the tube. But look a little deeper and you will see the Loop’s architects have been very cunning in how they have used the underlying physical geography of the Thames basin to their advantage.

The Thames itself runs more or less across the centre, though dipping in the west and splitting the route unevenly. Hayes, on the Grand Union Canal, is closer to the half way point, rather than Kingston-on-Thames. The path takes the Darent and Cray tributaries south, eventually rising to chalk downland at Coulsdon, before descending by the Hogsmill river to its Thames confluence by Kingston Bridge. The rivers Crane and Colne (and the Grand Union Canal, close to it) then take us toward the edge of the Chiltern Hills at Moor Park. 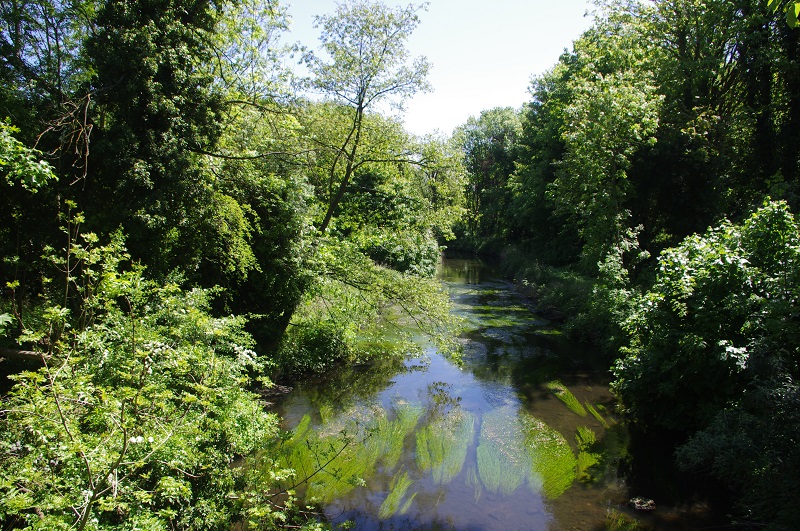 Across the north of London, the path travels through the succession of low hills that are familiar to train travellers out of London because the railways have to tunnel through them. The valleys of the Lea and Roding are then crossed, with the gravel ridge of Epping Forest between them, before the Ingrebourne leads us back to the Thames.

The Loop is a ‘recreational path’, one step down from a national trail. The difference, essentially, is that one might backpack the latter but not the former. An all-zones travelcard, or Oyster, or indeed now any contactless payment card – and best of all for ‘older’ Londoners, the Freedom Pass – is a good companion on the Loop, but you are out in the open all day, most usually without immediate shelter, so the usual strictures about carrying wet-weather gear, when there is a chance of needing them, should be heeded. That said, there are many intermediate break points with good bus services or train lines, not something one gets on the Pennine Way.

Waymarking is generally good and often impeccable. Care needs to be taken in woods and some commons especially; the Loop is not necessarily the most obvious of the various paths that might be under foot. Please try not to get lost in the bits with houses, not because they are not safe, but because they are full of garden gnomes and people washing cars, which is not what you came to see.

I can thoroughly recommend the Aurum Press guidebook by Colin Saunders, published in 2017 and a thorough revision of an earlier edition by David Sharp, one of the prime movers behind both the Loop and Capital Ring. It contains all maps, gives hints of which pair of garages to pass between, and includes a couple of alternatives that improve on the sanctioned route of the Loop.

On the web, check out the official Walk London guide to the Loop, and the London Loop pages by Mark Moxon. Both are more detailed than mine, and a useful complement to Colin Saunders. One point of diagreement between Moxon and me: he originally called the final stage “the worst day walk I have done … in the whole world”.

Now I’m not saying it’s good, nor am I necessarily prepared to nominate a day walk that is worse (though I do have a shortlist). But this is London, it’s a city of all types, and it needs its Harold Hills and Ferry Lanes. To hide them from the Loop would be to deny the nature of London. And as an east Londoner myself, this patch is simply territory, full of folk memories of where I come from. To be fair, he’s entered an apologia since he first wrote this, mindful that the Purfleet extension has improved matters markedly.

Forward to Walking the London Loop